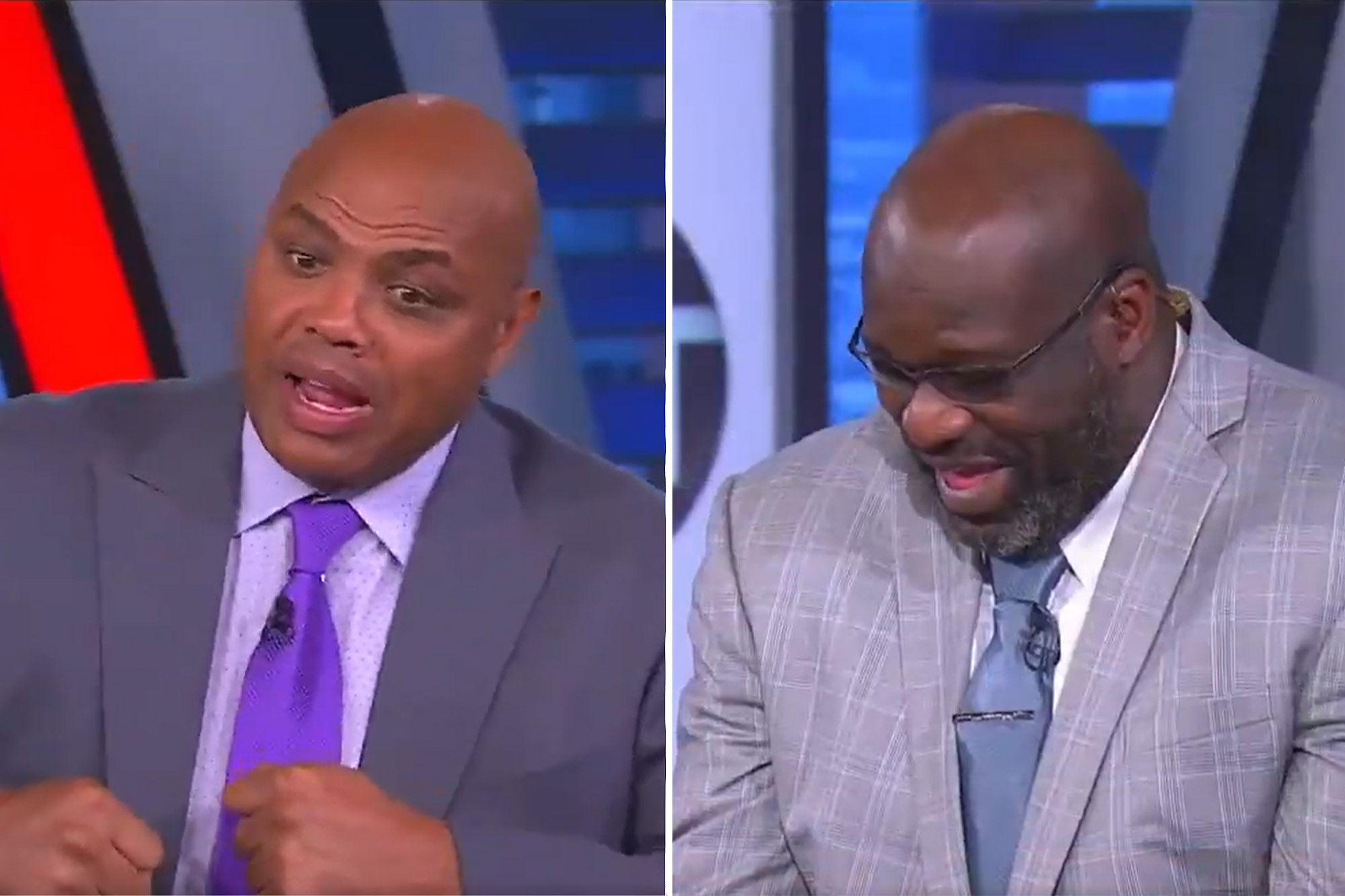 Shaquille O’Neal went by way of a variety of feelings on Thursdays’ “Inside the NBA” on TNT — he couldn’t cease laughing when Charles Barkley talked about “banging,” after which rapidly grew to become enraged when Kenny Smith put lotion in his protein shake.

All of that occuring in a single episode Thursday, whereas the TNT crew mentioned the Warriors-Nuggets playoff collection.

While evaluating Draymond Green’s defensive habits to Denver’s Nikola Jokic, Barkley stated, “Draymond is bracing, and Joker, instead of going around, he’s banging and banging and banging. When a guy is banging you, you spin off of him. Those are the worst defenders to play against actually, because if you could feel their body. Come on.”

O’Neal was bouncing in his seat, laughing hysterically over Barkley’s “banging” rationalization.

Ernie Johnson, in the meantime, stored a straight face whereas he rattled off Jokic’s stats.

Elsewhere throughout Thursday’s “Inside the NBA” Smith pranked O’Neal by sneaking random substances right into a “special” protein shake he made for the Lakers legend.

“I don’t trust you,” O’Neal stated earlier than he tasted the drink and confirmed that it was “good.”

After O’Neal watched the making of his smoothie, he appeared livid and starred down Smith from throughout the studio.

“You weren’t supposed to like it,” Smith stated, becoming a member of Barkley and Johnson in laughter. “I didn’t think you’d like it. I thought you would smell it and wouldn’t drink it.”

O’Neal started coughing and stated, “Alright, you got me.”

Barkley added, “Look how big he is, he’ll eat anything.”

O’Neal then wiped his mouth together with his papers in entrance of him and stated, “That was a good.”