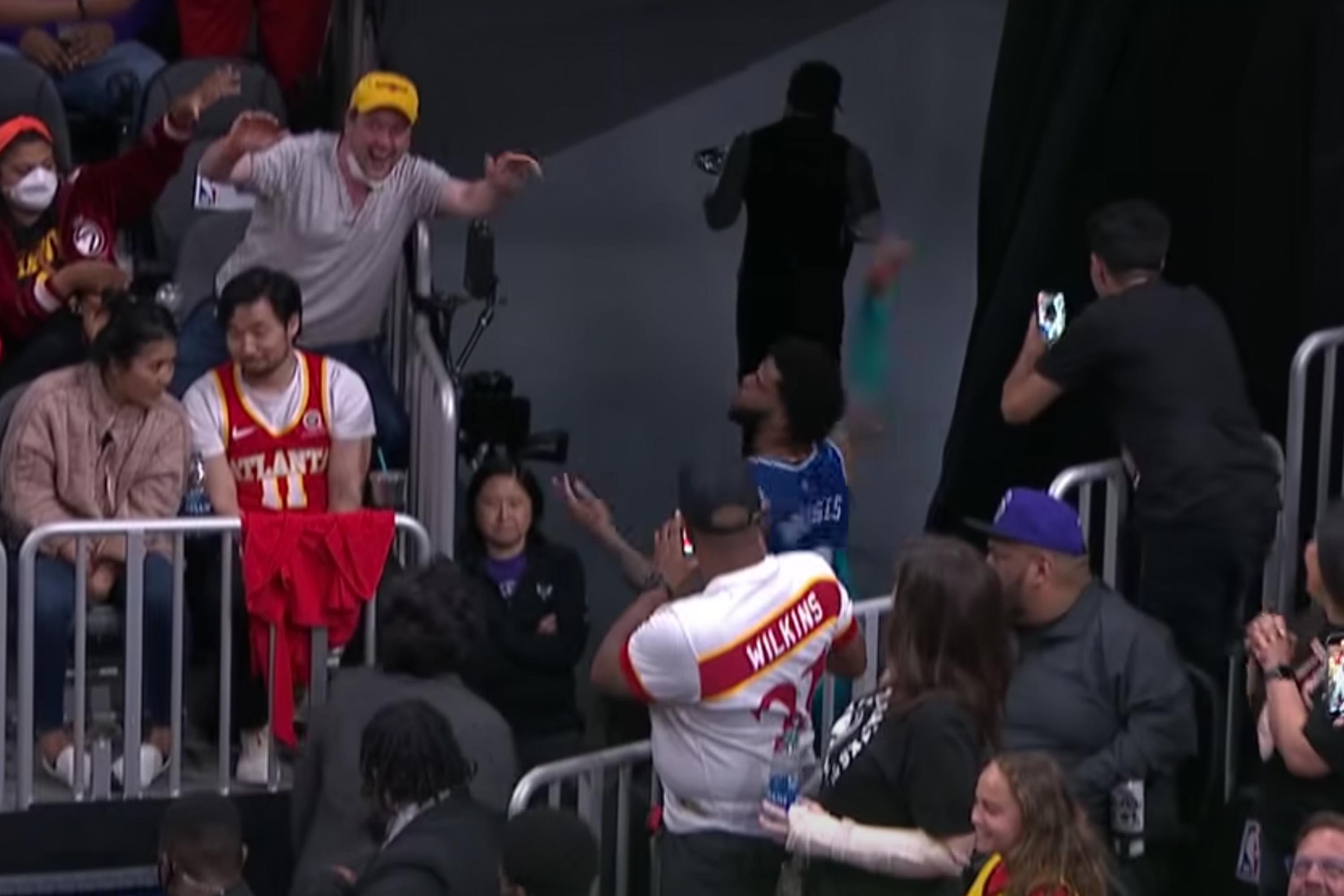 The NBA fined Charlotte Hornets ahead Miles Bridges $50,000 Thursday for throwing his mouthpiece into the group after he was ejected from Wednesday night time’s play-in recreation loss to the Hawks in Atlanta.

After selecting up two technical fouls for arguing a name, an agitated Bridges left the ground for the locker room and was heckled by a male fan within the tunnel. He then heaved his mouthpiece in that course, hitting a younger woman.

Bridges apologized after the sport for the incident and once more Thursday following his exit interview in Charlotte.

“I lost my cool last night with a lot of stuff that went on,” Bridges mentioned. “I normally don’t act like that and that was an embarrassment on my part and for the organization.”

Bridges mentioned he was able to take “full responsibility” for any punishment the league handed down.

“I deserve it,” Bridges mentioned. “You are never supposed to go out like that, especially because the fans come to the game to watch you play. For their safety to be in danger at that time, that is wrong on my part. I take full responsibility.”

Bridges mentioned he has reached out to the feminine fan on Instagram to apologize, however has not heard again. The Hornets public relations division mentioned it’s attempting to get Bridges in contact with the fan.