South Sydney fullback Latrell Mitchell mentioned he is ‘assured’ that he could make it again inside six weeks from a hamstring damage.

Initially, he was dominated out for eight weeks – which might take him all the best way as much as State of Origin I – however is hoping to get a few video games in earlier than being out there for NSW choice. 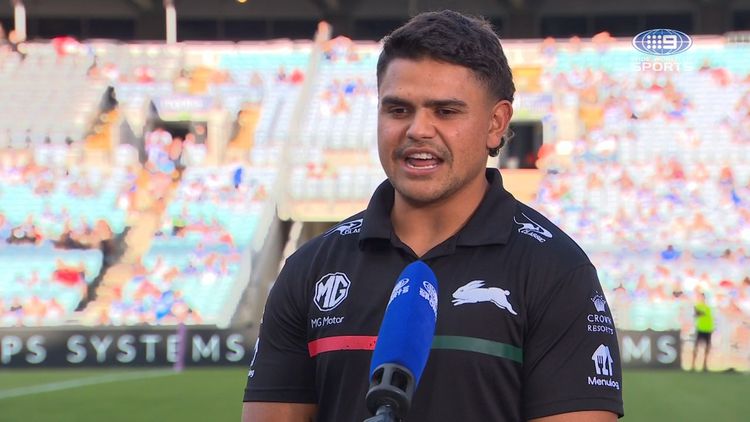 “I’m trying to do everything possible to get back and get two weeks under my belt before selection – and it’s up the big fella [coach Brad Fittler] if I’m ready.”

“I’ve done everything right up until now, but things happen for a reason,” he mentioned earlier than Souths’ recreation towards the Bulldogs.

Mitchell mentioned it was onerous to be sidelined in the midst of the season however that he was wanting ahead to mentoring his understudy Blake Taaffe.

“Just a leadership role – get around him [Blake Taaffe], make sure he’s doing everything possible to get himself right and just get around the boys with a bit of energy – not sulking and kicking stones around.”